Early voting is in full swing 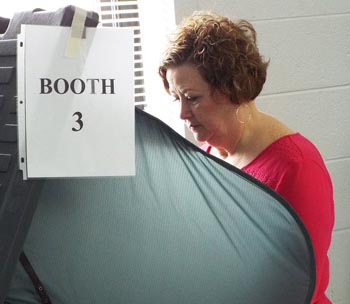 Early voting is in full swing for the May 1 primary and voter turnout has been abundant.

The Republican Party is the obvious favorite in Anderson County, with 2,114 votes: 92-percent. The Democratic Party’s count is at 183 votes: 8-percent.

Poll worker Harold Evans stated that the polls at the Clinton Community Center were slammed Wednesday through Friday of last week. He also said that Monday of this week was a little slower due to some cold, dreary weather but were sure to pick back up as the week went on and the sun once again began to shine.

This May 1 primary election is home to some very hotly contested races for political office.