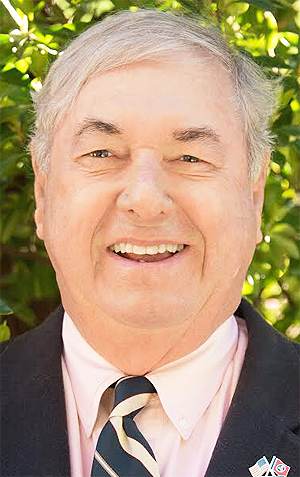 Richard Dawson, a resident of Clinton and a native Oak Ridger, has declared his candidacy for the State House of Representatives in Tennessee’s 33rd District as a Democrat.

“My dad was an electrical maintenance supervisor at K-25 for 20 years and was able to provide enough for my mom, sister, and me to live comfortably.” said Richard Dawson, “Republicans have been in power in Tennessee for years, but their policies have only made it more difficult for people who work hard, like my dad, to take care of their families. I am running because Anderson County and Tennessee deserve better.”

Raised in Oak Ridge, Tennessee Dawson and his family lived and experienced the “American Dream.” He benefitted from the top-notch public education in Oak Ridge and upon graduation, Dawson felt called to serve.

He voluntarily enlisted in the Army, flying helicopters in Vietnam. Returning home, he utilized the GI Bill to earn a degree in Labor and Industrial Relations from ETSU.

After working for a year as a personnel manager, Dawson re-enlisted in the military, flying B-52s for the Air Force. He worked with both conventional and nuclear weapon deployments and received both awards and decorations during his time in the Air Force.

He retired from the military as a Major in the Air Force with 20 years of military service. For the next 18 years Dawson flew large passenger jets until he retired to Clinton. He recently celebrated his 51st wedding anniversary with his Jefferson Junior High School sweetheart, Jennifer, his three children and his four grandchildren.

“I am lucky. I benefited from all that America has to offer: a living wage, strong public education, and comprehensive yet affordable healthcare,” said Dawson. “Tennesseans and the people of Anderson County need access to the same things my family had.”

Dawson has volunteered his time helping the people of Anderson County. He was as a member of the Green McAdoo Cultural Center board and served two terms as the chair of the Anderson County Democratic Party.

He currently serves as a state committee member in the Tennessee Democratic Party and as a member of the Anderson County Economic Development board.

“For years I have worked to help attract and grow businesses that employ people across the county.” said Dawson “I’m willing to work with anyone, democrat or republican, to fight for our communities. I will continue to put people over both party and special interests in Nashville.”

Dawson will be at the Secret City Festival this weekend in Oak Ridge and will be available to chat with the voters of Anderson County. For further information, schedule events, or volunteer please contact the campaign via the website or at (865) 272-3092

The campaign has hired Oak Ridge native, Megan McNees, as campaign manager and Jan Newsome is acting as Campaign Treasurer.