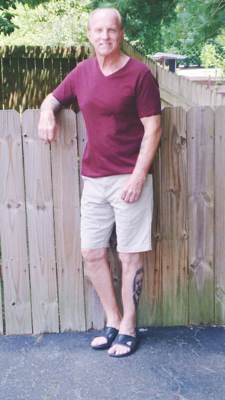 Thomas “T.J.” Fetch
Powell resident Thomas “T.J.” Fetch has been selected as one of the Top 10 Finalists for the 2018 SilverSneakers®Swanson Award, which is presented to one member whose commitment to health and staying active encourages others to love life longer.

The national award winner will be selected by a public vote. Now through June 29, 2018, the community is invited to vote for their inspiring story at SilverSneakers.com/swansonaward.

Prior to joining SilverSneakers, Fetch was not active. He spent his days watching television and eating junk food. Now two years later, Fetch’s lifestyle has changed for the better and SilverSneakers has helped him physically, socially and mentally, getting him out of the house and meeting people. He loves waking up every day and can’t wait to go to the gym to workout.

“I honestly would not know what I would have done without this program. It has literally saved my live,” Fetch said.

He said when he was young he was into physical fitness but as he got older he became active.

“Eventually I got away from it and I wasn’t feeling real good about myself. The last company I worked for had a small gym and I would go there in the afternoon to kind of de-stress a little bit. About two to three years ago I retired and one of the best parts was the Silver Sneakers program. It was free and you get to go to any gym you really want that’s close to you and use the facility. I said, ‘Why not do that?’ So I started going and I found it’s so much fun plus it’s got me back into shape,” Fetch said.

“I feel great about myself and I look forward to going to the gym everyday. You get emotional support and you get to know people. It’s a little social event too. You get to talk to people your own age as well as younger kids,” he said.

When he’s not working out in the gym, Fetch spends his weekends kayaking or stand-up paddle-boarding with his family.

“I can’t wait for my wife to join so we both can enjoy the benefits of using any gym we choose,” he said.

The 14th annual Swanson Award honors a SilverSneakers member who has improved his or her own life through a healthy lifestyle that incorporates physical activity while inspiring and motivating others along the way.

While Fetch would enjoy winning the SilverSneakers® Swanson Award, he said his main goal is to serve as an ambassador not just for the program but for physical fitness as well.

“I believe in leading by example. If I want people to look good, I’m going to look good myself,” Fetch said noting that the program is not only free, it is nationwide as well.

“I can move anywhere I want to or if I go visit someone in another state I can go to any gym I want to,” he said.

The Swanson Award was created by SilverSneakers founder, Mary Swanson, whose father served as the inspiration for the nationally acclaimed fitness program.

Through June 29, 2018, community members can vote once per day at SilverSneakers.com/swansonaward.

SilverSneakers is the nation’s leading community fitness program for older Americans. The program was founded in 1992 and is available to more than 15 million Medicare beneficiaries through many Medicare Advantage plans, Medicare Supplement carriers and group retiree plans, giving members unlimited access to more than 14,000 fitness and wellness locations across the country.

For more information, to check eligibility or enroll, go to SilverSneakers.com.