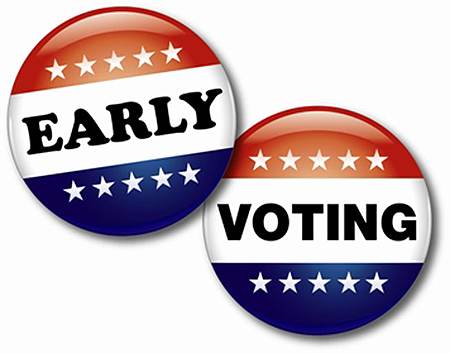 Early Voting in Anderson County will begin Friday, July 13 and will run through Saturday, July 28 with Aug. 2 being Election Day.

There are multiple locations to vote at that can all be found at www.Acelect.com.

This election is a state primary election and a county general election.

The Republican candidates running for the United States Senate are Marsha Blackburn and Aaron L. Pettigrew.

The Democratic candidate for a chair in the U. S. House of Representatives from the Third Congressional District is Danielle Mitchell.

The Republican running for a position in the Tennessee Senate from the Fifth Senatorial District is Randy McNally and the Democratic candidate for the same position is Stuart Starr.

Republican candidate John D. Ragan and Democratic candidates Richard Dawson and Nathaniel Varner are running from the 33 Representative District for a seat in the Tennessee House of Representatives.

From the 36 Representative District and running for Tennessee House of Representatives are Republican candidate Dennis H. Powers and Democratic candidate Cassandra Mitchell.

Running Republican from 5 Senatorial District for the position of State Executive Committeeman are Richard Esparza and Scott Smith.

Running Democratic for the same position is Jim Hackworth.

Contenders from the 5 Senatorial District for the State Executive Committeewoman position are Republican Amy Jones and Democrat Ebony Capshaw.

There are familiar and new names amongst those running for County Commission.

Fritts and Wandell are the current chair holders.

Contenders from District 2 are Robert A. Jameson, Rick Meredith, and David Queener.

Both of District 4 current chair holders, Tim Isbel and J. Shain Vowell, have turned in their petitions for re-election.

Joining Isbel and Vowell in contention for a chair representing District 4 is Tabitha Duncan Harmon.

Robert McKamey and Jerry White, the current District 5 chair holders are joined in the race by Chris Silver

Denenberg and Mead are the current chair holders.

Creasey and Scott are the current District 7 chair holders.

The only contenders for seats representing District 8 are the current chair holders Bob Smallridge and Phil Yager.

Running unopposed for the position of Circuit Court Clerk is Rex Lynch.

Jeff Cole in the County Clerk position and Tim Shelton in the Register of Deeds position are also running unopposed.

Jo Williams is looking to secure position of School Board chair for the 1 District.

Running for a chair in the School Board for the 2 District is Teresa Portwood.

Running for School Board 6 District is Christopher Gillenwaters and for the 7 District is Don A. Bell.

Running for Constable of the 2 District are Eugene G. Chaney, Shannon Gray and Jason Stokes.

Running for Constable for 3 District is Lawson Bates and for 4 District Frederick Gilliam.

Running for Board of Education in the City of Oak Ridge for an unexpired term is Benjamin J. Stephens II.

Running for Court Clerk / Finance Officer in the City of Oliver Springs is Ramona Walker.