On this special event nothing but hearts with pure love 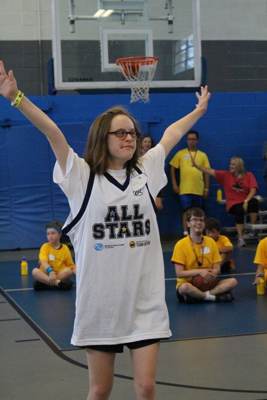 I’ve never written a letter to the editor, so I humbly ask that you bear with me as I share memories, thoughts, and a range of emotions.

My name is Angela Phillips Wright, and I was born and raised in Clinton.

Some have labeled me a traitor because I transferred to Oak Ridge High School to pursue the highest level of athletics possible; in particular, basketball. Choosing to attend Clinton’s rival school was not a popular decision among many Clinton citizens, and they made their feelings known.

Nevertheless, after traveling the world for college basketball, taking part in professional modeling endeavors, and marrying a professional basketball player, God did something funny. He placed my family and me right back in Clinton, directly next door to the house I grew up in, where my parents live to this day.

I’ll admit, I wondered if Clintonians still held a grudge against me for becoming a Wildcat. If you have kept up with The Courier News, then you know this is not just any rivalry. The Clinton versus Oak Ridge rivalry runs deep on both sides and stretches beyond sports.

In fact, a person would undoubtedly be hard pressed to have an event with Dragons and Wildcats in the same building, working together, and actually becoming friends. That level of unity would require something far more special than most of us have ever been a part of, and, well, believe it or not… we found that something special!

As I previously mentioned, I married a professional basketball player.

My husband, Dominic James Wright, plays professionally, and I also played college basketball, so we decided to hold a free basketball and cheer clinic for special needs friends in honor of my brother, Daniel, who passed away due to complications with Down Syndrome just days after his first birthday.

We named our clinic “Camp Daniel” to honor my brother’s precious life. Dominic and I announced the event in a live Facebook video which was shared around Anderson County and viewed more than 15,000 times. We were amazed and humbled by the number of people who contacted us to volunteer.

For starters, former Clinton High School athlete, Brian Ford, immediately jumped in to help by offering the Boys & Girls Club for the Camp Daniel location, and he worked alongside Dominic and me to accommodate our special needs campers.

Clinton was getting behind Camp Daniel in a big way. I was a bit surprised, but thrilled! Here is the kicker, though - Oak Ridgers were ready to help, too!

Jennifer and Alicia happened to be point guards, and they are the same age, so they always went head to head. You can imagine the mental note I made to put them at opposite stations.

Then, former Oak Ridge High School cheerleader, Nicole Cayley, volunteered to help with cheer and bring her daughter’s cheer squad, a squad none other than Jefferson Middle School.

I called my mom and asked, “Mom, do you think this is too much bad blood in one building?”

“Goodness, I don’t know. Do they all know each other will be there?” my mom responded.

July 21, 2018, the day of Camp Daniel, the volunteers started rolling in the building. In walked the CMS cheerleaders, positioned at the entrance as they cheered on the campers who made their way to registration.

As I was running around, getting everything ready for the day, I peeked into the gym and noticed Alicia and Jen were on opposite ends of the court.

“God, let Your Will be done,” I murmured.

What happened over the next few hours could not have played out more beautifully, not even in a Hallmark movie.

Our campers were so precious, so fun, so loving, and so… special; they melted everyone’s hearts.

There was no awkwardness, aggression, competition, or strife.

The only feeling in everyone’s hearts was pure love - love for the campers and love for each other, fellow volunteers.

My little cousin, Kendra Holbrook, who is a CMS cheerleader and former Fairest of the Fair approached me and shared how much she loved the JMS cheerleaders. In fact, Alicia and Jennifer were chatting it up and planning a cookout!

“What in the world is going on here?” I surprisingly yet happily wondered.

I looked around the ridiculously hot gym and saw a bunch of sweaty volunteers with full hearts and huge smiles.

These special campers did the unthinkable.

They showed us the beauty of giving, helping, loving, and working together, even if it’s with your small-town rival. This is the first time I have been part of something so monumentally moving.

To see these special needs kids running through a tunnel of cheerleaders, being part of cheer and basketball groups through inclusion, and receiving medals at the end of the day, was an unparalleled feeling and experience.

Words cannot do this experience justice.

In fact, one week has passed since Camp Daniel ended, and I’m still trying to find the words to express my gratitude for our volunteers and the sheer amazement I feel regarding this special event.

We were sitting around as a family that evening, taking it all in, when my dad said, “I just don’t think y’all could see what I saw! I sat back and watched former rivals, current rivals, and adults that I had seen as kids come together for something bigger than themselves. That was the most beautiful part about Camp Daniel! Everyone fell so in love with those special kids that nothing else mattered!”

My dad was right – everyone’s hearts and minds were focused on the campers, ensuring they did their part to give our participants joyful memories to last a lifetime.

Our cheer and basketball clinic was a success, on and off the court, and although football season is right around the corner, and we will hear the rival chants and trash talking, I know that my brother, Daniel, will look down from heaven, smile, and say, “All of you are special to me!”

I’m truly grateful to be a part of both communities, as unconventional as that may sound.

I’m proud to be among you all, and we thank you, from the bottom of our hearts, for making Camp Daniel more than a cheer and basketball clinic.

You created a priceless experience for some of the most deserving young people in our community, and for that, we thank you.