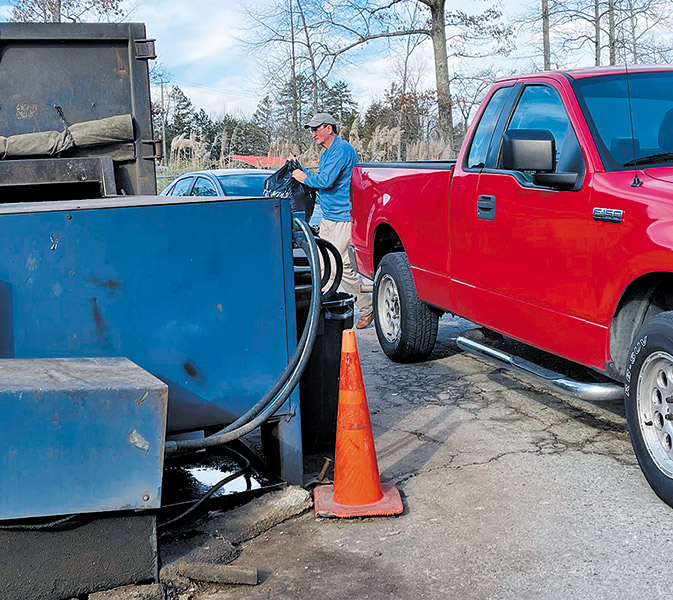 The center, near the Marlow Volunteer Fire Department off Oliver Springs Highway (Tenn. 61) and Ford Road, should reopen by April 11, but it could be sooner if the contractor finishes the work early, said Geoff Trabalka, solid-waste coordinator for Anderson County.

“We’re basically digging a hole and putting new concrete down.”

The work will include installing drains under each of the compactor boxes to channel runoff into the septic tank, instead of allowing it to run out onto the road or off the site, Trabalka said.

DCSI Construction of Knoxville – a concrete contractor – will perform the work, and has up to 90 days to finish the job, he said.

Marlow area residents within a five-mile radius of the Oak Ridge Convenience Center will be able to take their refuse to that location, while others in the area may go to the Frost Bottom, Green Valley or Wolf Valley convenience centers, he said.

Those who will be allowed to use the Oak Ridge Convenience Center must live on one of the roads designated in the county’s agreement with the city.