New book is available on Amazon 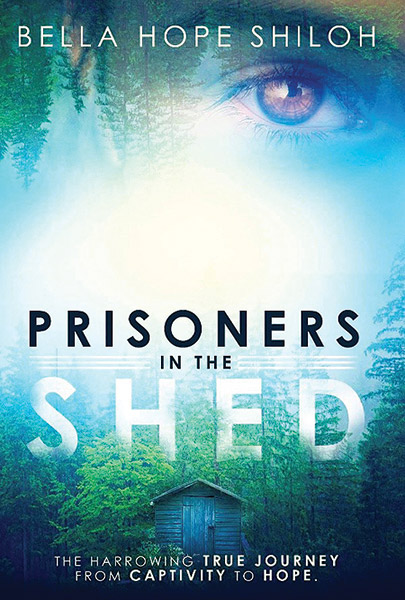 As a child, she endured years of physical and sexual abuse by her father.

At age 20, she married a man in a cult-like church who controlled her and removed her and their children from all society – except the church.

For years, they lived in an isolated shack with no electricity, no running water, no toilet and no phone. Finally, she and her children broke free from the violence and mind control and began the challenging task of becoming familiar with what she calls “the real world.” That’s still an ongoing struggle, she says.

Call her Bella Hope Shiloh. That’s the alias this Roane State Community College student used to write an account of the nightmare she and her children experienced. Her self-published book is titled “Prisoners in the Shed,” and is available on Amazon.

The Tennessee Reconnect student is now taking courses at Roane State with plans to become an attorney. She credits the college with giving her a new path forward and a different outlook.

She doesn’t want to use her real name. She fears her husband, whom she calls Devlin in her book, would try to retaliate. For protection, she said she’s learned how to shoot a gun and now has a guard dog.

As a child, Bella and her five brothers and sisters lived with their father, whom she describes as a “violent, domineering tyrant.” The father introduced them to a church where there were “all sorts of unhealthy belief systems, and everything was turned into a heaven or hell issue.”

“They taught you to stay away from the world, which was looked at as evil. That mentality was why we ended up so isolated,” she said.

Bella met her future husband at the church. She said things quickly started going downhill after their marriage.

Home for her and her children was a 12-foot by 12-foot shed with no utilities. Bella said her husband would disappear for weeks at a time, saying he had work outside the state.

Water had to be hauled from a spring several miles away. During downpours, the children were given a bar of soap “and they’d get a shower in the rain.”

Bella said she stayed in the marriage for several more years. “We were taught divorce was not an option; that it was a way for Satan to get in the minds of children.” Bella described her husband Devlin as a “control freak.”

“After 30 years of domestic violence where other people were making choices for me, I didn’t know I had a choice to leave.” She weighed just 88 pounds when she finally fled with the children, relocating to a two-bedroom apartment.

Adapting to what Bella calls the “real world” has been “really, really hard.” She started writing the account of her life in the summer of 2019. People had urged her to do so, she said, and she found it helped in the healing process.

In 2014, she enrolled in a certificate program at Roane State and that certificate led to employment and financial independence. Bella praised her instructor and program director calling her “so kind and so encouraging. I just loved her as a teacher.

She returned to Roane State in January 2019 with prelaw as her major. Speaking of one of her favorite instructors, Bella said “she keeps you motivated and encouraged. She made the classroom a welcoming environment where everyone felt safe.”

“The ability to improve my education and become employed was a turning point in my life.” Bella said Devlin had given her a meager $100 a month allowance. “I didn’t have money for anything,” she said. “If it were not for financial aid for college and things like Tennessee Reconnect, I would still be stuck in domestic violence.”

“Bella overcame experiences most others could never imagine, and she is using Roane State as part of her journey in her new life,” one of her instructors said

Her children have quickly become accustomed to a dramatically different lifestyle, Bella said. As for herself, “I’m trying to find as much peace as possible.”