Donnie Woods has mastered the art of working with young athletes 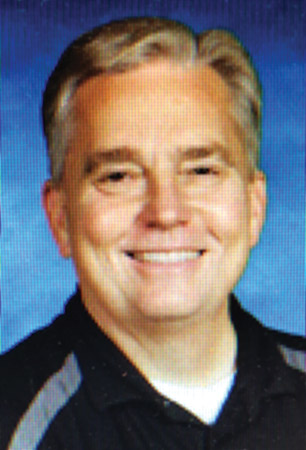 DONNIE WOODS
Whether it’s as an elementary school teacher or a coach, Donnie Woods has always relished the opportunity to work with young athletes.

He later moved to the high school ranks at his alma mater. He served as an assistant coach at Halls High School from 2010-2016. With the Red Devils, Woods, who is a 1984 Halls High graduate, coached under his high school teammate Kevin Julian.

Coaching and teaching have been a calling for Woods.

Since joining the Blaze coaching staff, Woods has been wowed by the support that the Clinton community has shown the elementary school program as the Blaze and Lady Blaze played before standing-room-only crowds before the COVID-19 pandemic gripped the community, state, nation and world.

“The community support is just amazing,” said Woods, who teaches fourth grade language arts and social studies at Clinton Elementary School as also the interim pastor at Fairview Free Will Baptist Church. “The amount of support that we get is amazing.”

Athletes who compete for the Blaze and Lady Blaze have the unique opportunity to play for a school sanctioned elementary program that pulls from Clinton Elementary, North Clinton and South Clinton.

“You have to try out and it’s a little different. In Jr. Pro, everybody makes a team and sometimes, players want to work more on their individual games,” he said. “There’s really nothing wrong with that.

“But when you have to try out and make a team, you have to earn it and there’s something a little different about it.”

And the Blaze is more than just an athletic program. Clinton City Schools holds its athletes to high standards in competition, sportsmanship, citizenship, academics and community service.

“Everything goes together,” Woods said. “We expect the kids to have good report cards.”

In addition to high academic standards, Blaze athletes are encouraged to participate in community service as Stamey runs a coat drive and other fundraising events throughout the year.

Woods, who played college football at Austin Peay, said that he has a special bond with the, in the classroom, with the athletes he coaches.

“I have a rapport with all the players,” he said. “Coaching and teaching are about building relationships, and here you have some great people, great parents and great kids.”