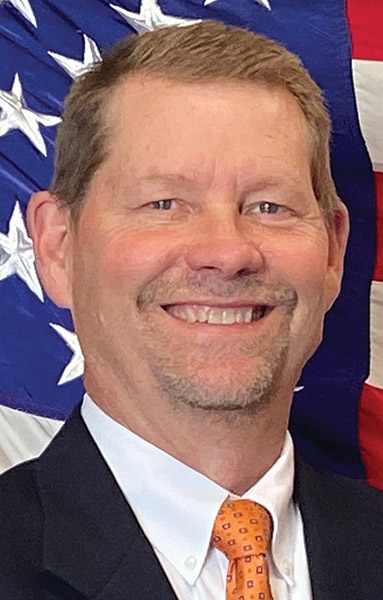 REX LYNCH
Republican Rex Lynch will seek re-election to a second term as Anderson County Circuit Court clerk in May 2022.

Lynch was elected in 2018, recognizing a number of needed improvements in the Circuit Court Clerk’s Office.

Lynch has implemented several changes in the Clerk’s Office during his first term, including helping to eliminate turnover and boosting morale and production.

Lynch explained in a press release announcing his bid for re-election, “We had to address several personnel issues to make the office function more efficiently for the court system and for the citizens of Anderson County.

“The renewed confidence in the stability of the office has resulted in increased productivity and reduced turnover.”

Lynch has upgraded technology and added several improvements from installing a modern archival filing system, to the installation of new electronic docket boards.

“It was essential to have a staff who could be cross-trained in several different job duties within our office,” Lynch said. “We are continuing to make improvements to our services and helping to reduce costs to the taxpayers through greater efficiency. We are now processing criminal warrants in the Circuit Court Clerk’s Office. This was made possible through advanced training of our senior clerks. All of these advancements have resulted in thousands of dollars being saved to city and county governments.”

Under Lynch’s term, the Circuit Court Clerk’s Office has also added a program that allows community service options to pay court costs for indigent defendants. Court cost collections are up over $1 million since 2018.

Lynch said the amount of excess funds turned over to the county general fund is up 30 percent since he has taken office.

“As a public servant, it has always been my goal to create a more-efficient county government and reduce the impact on the taxpayers of Anderson County,” he said.

Lynch is a lifelong resident of Anderson County.

He and his wife, Jamie, live in Clinton. They have two adult sons and four grandchildren.

Lynch is a member of Alpha Lodge 376 and a trustee at Second Baptist Church in Clinton.

If you have any questions or would like to help in his re-election campaign, please contact him at 865-254-1700, Lynch said.