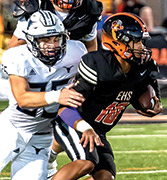 Help your community — sponsor the Blaze

October 6, 2021 by Ken Lay Special to The Courier News 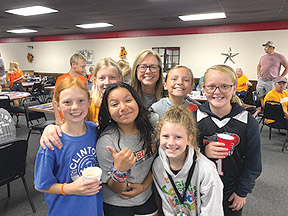 Blaze athletes served breakfast with a smile last Saturday at a pancake fundraiser held at Apple Blossom Cafe in
The Clinton Blaze athletic program is providing sponsorship opportunities during the 2021-22 school year.

Potential donors looking to sponsor the Blaze and Lady Blaze and provide scholarships, pregame meals or other necessities for the program can contact Clinton City Schools Athletic Director E.T. Stamey at stameye@clintonschools.org.

Stamey noted that the Blaze are also putting up sponsorship banners at Arowood Arena.

Cheerleading: The Clinton Blaze will have a cheerleading squad for the first time during the 2021-22 school year, and Coach Kaylee Houck announced the members of the inaugural squad recently.

The Blaze cheerleaders and dance team will perform at a Clinton High School basketball game at some point during the 2021-22 season.

Girls soccer: The Lady Blaze will be fielding a soccer team this year. and it will be coached by Allison Swanner. The team will function as an academy this fall and begin competition in the spring.

Both are cross country runners.