But ACHS star is more focused on team wins 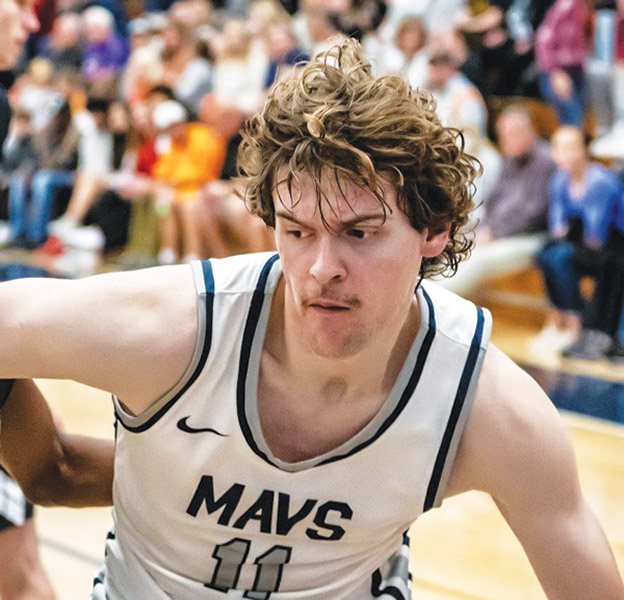 “It’s a milestone, definitely,” he said later. “It kind of speaks to how much work I’ve put in, practicing, working out, and always in the gym working on my game. It’s also a testament to how much my teammates trust me to score the ball.”

It’s one more highlight of what has shaped up to be a special senior season. In December in a home game against Gibbs, Martin set the single-game scoring record with 40 points.

Martin transferred to ACHS from Grace Christian Academy as a sophomore. He has been a fixture for the Mavericks for the past three seasons.

“He’s an amazing young man,” said Derek Wallace, head coach of the Mavericks. “He’s got a great family and they’re incredibly supportive of his goal to play college basketball. In the last couple of years, Connor has taken that step and it’s been fun to watch.”

Martin is committed to play college basketball at Division II Trevecca Nazarene University in Nashville. He is still trying to decide on a major, but is leaning toward engineering.

“It’s not a normal thing for kids in these parts to get a scholarship like he’s gotten to a D II [program],” Wallace said. “I’ve had a few kids go to Maryville College, Bryan College, or NAIA schools, but a D II looks different. Connor is walking into a situation where he’s playing with a seven-footer and the son of former Cleveland Cavalier Mark Price, who transferred from Liberty. They recruited five kids this year, and Connor got that spot.

“It was kind of a funny situation,” he said. “He [Connor] out of the blue told me, ‘I’m interested in Trevecca and West Georgia.’ I’d never heard him mention those two schools, so I was able to get a hold of both those schools. Both watched him play, but from the first time I talked to the coach at Trevecca, he almost felt like it was meant to be. The Trevecca head coach played at LSU and coached at Rice. He almost felt like this was a match made in Heaven.

“It’s an interesting opportunity for Connor because he can probably go there, redshirt and get a little more ready for the rigors of D II,” Wallace said. “But knowing Connor, he’ll want to go ahead and play. He’s a shooter to where he can compete at that level. It’s a pretty amazing opportunity that he has.”

For the moment, Martin isn’t thinking about his future. He is looking at the here and now. His goals going into the second half are focused on the team, not on life after high school.

“I think we’ll figure it out in the second half; our team is starting to click a little bit,” he said. “Our goal is to obviously play well in the district games. We’ve kind of struggled on Friday night and we need to kind of pick that up. If we can start winning on Friday nights and play the way we do on Tuesdays, I think we’ll have a really good second half of the season.”