September 14, 2022 by Pete Gawda Special to The Courier News 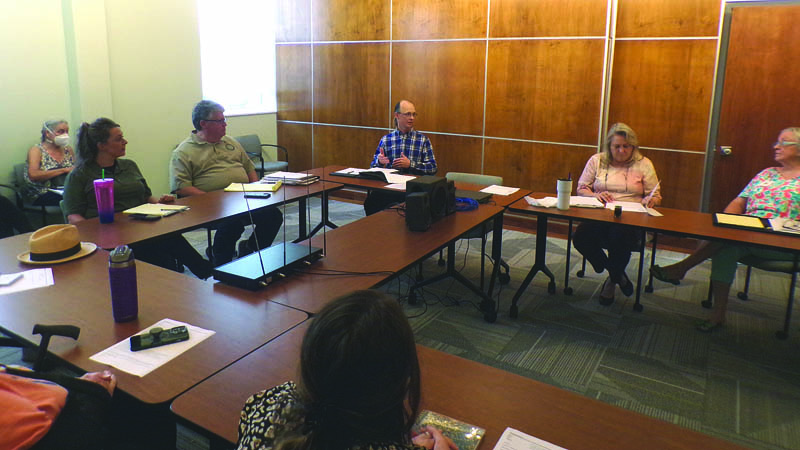 Damon McKenna, the newly appointed director of animal care and control, has 26 years experience in animal welfare. Most recently he was community adoption coordinator for Young Williams Animal Center.

Area veterinarian Dr. Mark Garrett has been named the county veterinarian. Jay Yeager, the county’s law director, informed the committee that Garrett is an advisor and will only be making recommendations. He will not be doing any surgery for the shelter.

McKenna said his first order of business was networking with animal rescue groups.

“You seem to be bringing a fresh start to the shelter,” said Commissioner Tracy Wandell about McKenna.

“He’s experienced, he’s good,” Garrett said of the new director. “He’s got a good crew under him.”

“He’s got the experience and the credentials,” Yeager said. “It’s been a pleasure to work with him. He brings a lot to the table.”

Wandell told the committee that county Mayor Terry Frank wanted their suggestions on a website for the animal shelter and for possible state legislation to help the shelter.

It was mentioned that a lot of older people do not have Facebook. The committee suggested the formation of a website/media relations subcommittee. Yeager reminded the committee that everyone could have input to the subcommittee. It was agreed the website should be user friendly.

One of the members noted that while there was a lot of emphasis on rescue and adoption, there should also be emphasis on helping owners find lost animals.

The group discussed waiving adoption fees for rescue groups. Yeager said the mayor was onboard with amending the fee schedule to benefit animal rescue groups.

Garrett noted that each animal rescue group has a different protocol for dealing with animals. Yeager said that the responsibilities of animal rescue groups when they accept an animal from animal control could be spelled out by contract.

He said that if animal control released an animal to animal rescue groups for free, the shelter must know how much the required services cost and how many animals are brought in.

The committee passed a motion suggesting the mayor use all avenues of finances including grants for furthering the shelter/animal welfare. Yeager said progress was being made in installing security cameras in the shelter.