Explore to Soar Club has found a new exercise 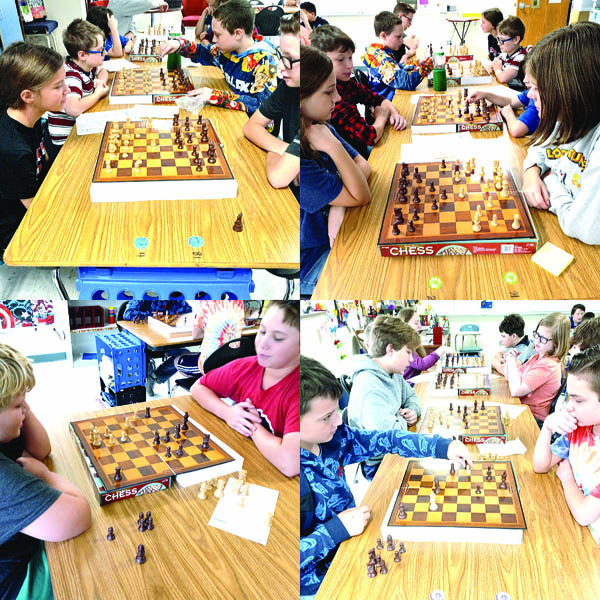 Chess is just one of the games the Explore to Soar Club uses to exercise during “Mind Games.”
We’re back! With an all-new staff of eight-grade Hawk journalists, we bring Courier News readers good news from the halls, rooms, and spaces of YOUR hometown middle school.

You will find short pieces below related to areas of learning and fun in our building from classes and sports to our amazing Explore to Soar clubs and the brand-new Hawk Time Experience at Clinton Middle School: A College and Career Academy.

A new Explore to Soar Club that meets each Thursday morning before school has become a huge hit so far this year at Clinton Middle.

It’s called Mind Games, and it uses classic games, like chess, to get students thinking strategically.

Every seat is full each time Mind Games meets, with 25-30 students either playing or watching the games.

According to Pridemore, the success of the club is evident as there are “a lot of returning members and requests to open the club up for a second day.” It is clear that our Hawks are enjoying this experience.

by Elle Schnakenberg and Natalie White

As part of the Clinton Middle Hawk Time Experience, students across all three grade levels are traveling great distances, through technology, to learn about the world around them.

According to eighth-grade club sponsor Adam Karnowski, a social studies teacher, “The purpose is to expand our horizons on a global scale and emphasize the importance of being familiar with places, because the world is shrinking.

“To accomplish that,” Karnsowski said, “[students] do research and plan trips to a country.”

Hawks volleyball comes up short in

Lady Hawks volleyball came up short in the sectional tournament. However, head Coach Megan Thomas is pleased with the team.

“I am very proud of how the girls have competed this season,” Thomas told Hawk Talk staff.

“We had several players who [were] playing their first season of volleyball or [were] returning to the sport after a season away, and they have really worked hard to be competitive.”

Eighth-grade volleyballer Jailie Rodd said, “This season we did pretty [well], but we still lost a couple games.

“For the future, [the] team [has] some categories to work on individually, but overall we have been pretty good,” she said.

Thomas said, “We also have several veteran players [who] have really stepped up as leaders on the court. We made a goal at the beginning of the season to compete at sectionals again this year.”

Thomas also praised the student section at this year’s games.

While the season has come to an end, CMS volleyball can go into the off-season with heads held high.