Bluebird Tree Farm will open Thursday for the 2022 season 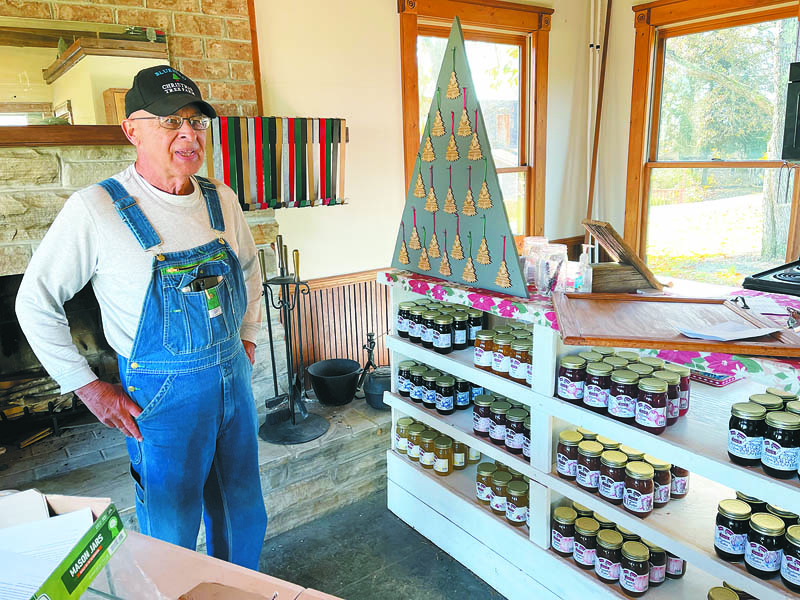 Owner Leo Collins said through the farm’s Facebook page late last week that the farm has a smaller selection of live trees available this year.

“Our trees in the field have grown amazingly well this year,” the Facebook post read. “Unfortunately, we have about half as many of saleable size as we usually do. That’s around 160 trees instead of our usual 300 to 400.

“The good news is we expect to have more precut trees than we did last year,” the post said. “We are waiting to hear from two additional farms regarding their inventory. If either of them has trees for us, we’ll have more trees than last year – maybe a lot more. We will keep you posted.”

Last year, Bluebird had about 350 trees growing in its fields that were ready for the season, and had shipped in more than 1,200 Fraser firs from tree farms in cooler areas.

In a post late last week, the farm said that it would open for the year on Nov. 17, operating from 8 a.m. to 8 p.m. Thursday through Sunday, except for Thanksgiving Day.

“We have trees in the field to cut and pre-cut firs (Fraser, Balsam, and Douglas),” the post said. “Depending on various factors, our tree prices range dramatically. For example, a 7.5-foot tree (the preferred height for a standard 8-foot ceiling) will be $60, $75, or $85, but trees 9 to 11 feet are much more.”

The trees in the field, which customers can cut themselves or ask to be cut, include Leyland cypress, Virginia pines and Norway spruce.

Along with the tree tent, the farm’s seasonal gift shop will be open from 8 a.m. to 8 p.m. Thursdays through Sundays until Christmas Eve, Collins said, although the farm could be forced to close earlier if it runs out of trees, Collins said.

For the past 40 years, Collins has run the tree farm at 985 Brushy Valley Road in the Heiskell community to serve as a launch pad for many families’ holiday celebrations.

His pre-cut trees are imported from the mountains of Tennessee and western North Carolina for sale in his big tent. Staff members will wrap the trees and help people load them in or on top of their vehicles.

“The Fraser firs are our most-popular variety,” he said, “We get them from the Mountain City area. It’s just too warm to grow the firs here.”

The farm has about 15 total employees working for the season helping to wrap and trim the trees for people to take home. About 12 of those are on duty at a time, Collins said.

The gift shop sells some decorating items, including fresh mistletoe and tree skirts, but mostly people buy the locally produced jams, jellies and honey the shop has on display.

There’s even one called “Traffic Jam,” which includes strawberries, rhubarb and raspberries.

Collins said he originally bought the farm with the idea of growing Christmas trees for people to come and cut their own, a dream he’d had since he was a child.

Over the years, he has dabbled in other businesses on the farm, including a wholesale nursery, grapevines and honeybees.

“They all made money, but they were a lot of work and were not as much fun as Christmas trees,” he said.

His children and grandkids all worked in the business at various times, but are no longer involved, he said last year.